Got Polyphenols? New study shows Juice Plus+ provides 600mg of polyphenols per day!

If you’re like most folks, you’ve probably never heard of polyphenols. But you’ve been ingesting them your whole life, and that’s a good thing. Found in fruits and vegetables, as well as green tea and chocolate, polyphenols are a class of phyto-nutrients that are largely considered responsible for the many health benefits of fruits and vegetables.

That’s why I’m so excited to share the latest Juice Plus+ scientific paper with you. Published in the journal PharmaNutrition in April, the study analyzed the polyphenol content of Juice Plus+ Orchard, Garden, and Vineyard Blend capsules. The results? Together, these three products contain 119 kinds of polyphenols, belonging to 75 different phenolic classes — a huge variety!

Here’s why that’s important: Another recently published study of 807 Italian men and women over the age of 65 found that polyphenols may help you live a longer life. In fact, those who ate diets high in polyphenols outlived those whose diets were low in these compounds.[2] The seniors were followed for twelve years, during which a little over a third of them passed away. But among those who consumed more than 650 mg a day of polyphenols, the risk of dying was reduced by 30 percent compared to those who ate less than 500 mg of polyphenols!

Of course, the best way to get your polyphenols is to eat as many fresh fruits and vegetables as you can! But as we all know, there are our best laid plans, and then there’s reality. That’s why it’s good to have an insurance policy like Juice Plus+.

And, while there are many food-based nutritional products on the market, Juice Plus+ stands apart. The researchers themselves said so! They explained that many supplements “…are merely faint reproductions of the phytochemical richness spread in plant foods…” In comparison, they remarked that Juice Plus shows “a richness and variety that had never been reported before for this type of product.”

Another issue with other food-based supplements is that they often don’t even contain what their labels claim they do. In fact, according to the authors, a previous study discovered that as many as 50 percent of supplements containing anthocyanins (a kind of polyphenol found in berries and grapes) were mislabeled, and 12 percent had almost no anthocyanins at all!

With mislabeling such a prevalent problem, it’s important to know what’s really in your nutritional products. The current analysis provides assurance that what is on Juice Plus+ labels is actually in the product. Researchers compared the polyphenols found in the capsules to those you would expect to find based on the ingredients — and they matched. For example, they identified ellagitannins from berries and pomegranates, anthocyanins from berries and grapes, flavones from parsley, spinacetin and patuletin derivatives from spinach, and flavones and flavanones from oranges.

When it comes to something as beneficial as polyphenols, it’s important not to skimp, and when you take a nutritional product, it’s critical to turn to a trusted source. That’s why I eat a lot of fresh fruits and vegetables at every meal. And it’s why I make taking Juice Plus+ part of my daily routine.

How many servings of fruits and vegetables do you eat per day? 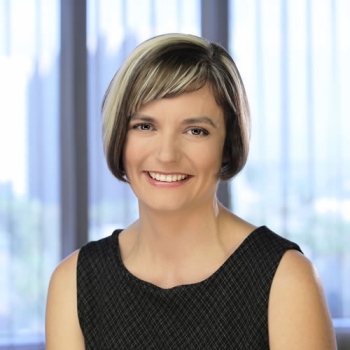